Home»Blog»#ExpertView»#ExpertView: How to evidence a verbal agreement

#ExpertView: How to evidence a verbal agreement 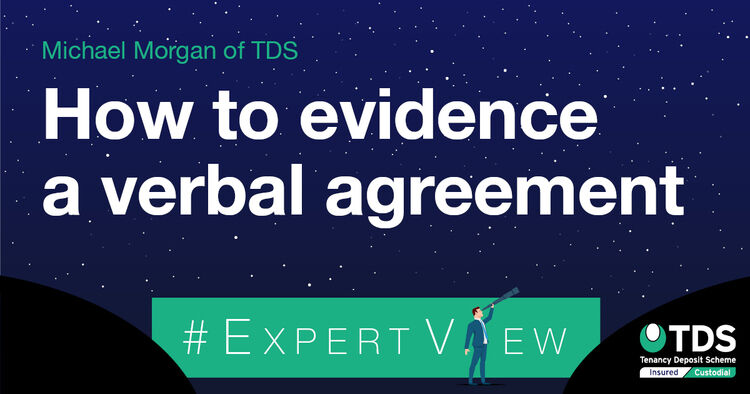 This week on #ExpertView our Director of Dispute Resolution, Michael Morgan, discusses the importance of evidencing a verbal agreement.

Our Director of Dispute Resolution, Michael Morgan, discusses a recent decision by a TDS adjudicator and sets out the reasoning behind the decision.  In this case, the landlord claimed part of the deposit to cover repainting the property at the end of the tenancy.  This relied on a clause on the tenancy agreement which required the property to be delivered in a “recently professionally homogenously painted” condition and fair wear and tear was not to be taken into account.

The landlord’s agents explained in the evidence they submitted that a verbal agreement had been made with the tenant that these redecoration requirements would not apply at the end of the tenancy.  This verbal agreement was also noted in the check-out report.  The landlord denied the verbal agreement had been made, claimed the agents acted without his authority.  Therefore the adjudicator concluded that as there was a specific agreement documented in writing on the check-out report, despite originally being entered into verbally, that the tenants’ obligation to redecorate was waived.

This case highlights the important of having verbal agreements documented in writing to ensure there is proof of the agreement.  When you enter into a verbal agreement with your tenant, landlord or agent, ensure that it is also documented in writing in case evidence is required at a later date.  This case also shows that a lack of communication between landlords and letting agents can cause problems for all parties and lead to a lack of consistency in the decisions made.